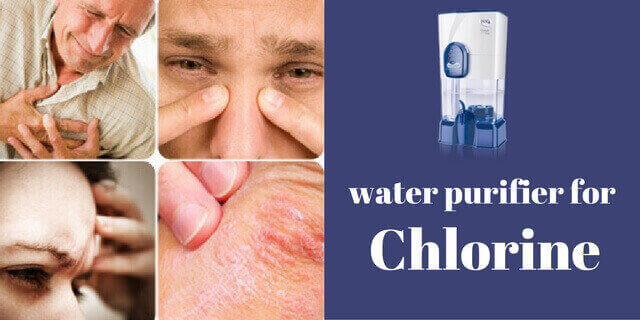 Try the Water Purifier selector
or
Experience it on   Android App

Chlorine has been used as disinfect the water by killing the waterborne diseases causing germs such bacteria, viruses. But excessive chlorine, which remains after disinfecting the water consumed by human makes adverse health effects like breathing, eye infections, liver and kidney problems. Here we presenting the type of water purifier should be to purify chlorine water.

How to remove Chlorine from water 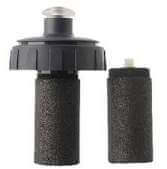 Chlorine adsorb (different from the absorb), removes the chlorine without leaving any negative effect. When water passes through the activated carbon, chlorine present in water, sticks on activated carbon’s large surface area.

In most of water purifiers such as RO, UV uses Activated Carbon filter as pre and post filter.

Activated Carbon has limited adsorption power, therefore activated carbon have to replace twice or thrice in a year depending on usage, chlorine level in the water.

Most of the municipal water suppliers use chlorine to kill, inactivate waterborne diseases causing germs, pathogens. However, remaining chlorine after water purification is hazardous to human health. Chlorine causing water tastes bad and odour. Showering with chlorinated water makes our skin and hair damage. According to Council of Environment, U.S., the cancer, breast cancer risk to people who drink chlorine contained water is 93 percent more than who won’t drink chlorine contained water. Chlorinated water extravagant the effect of asthma and other allergiest too.

Make the best purchase decision with the help of Water Purifier selector. 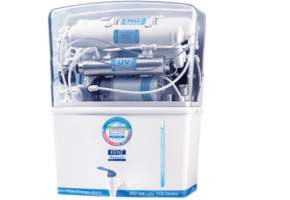